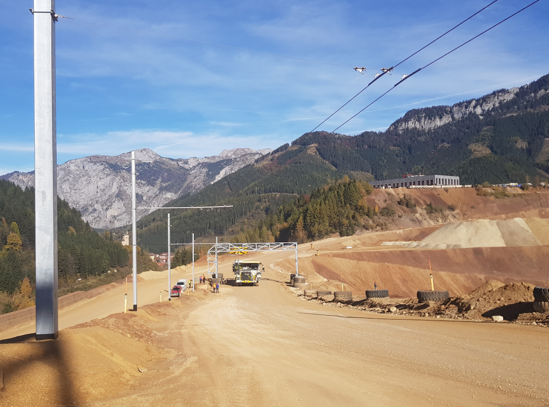 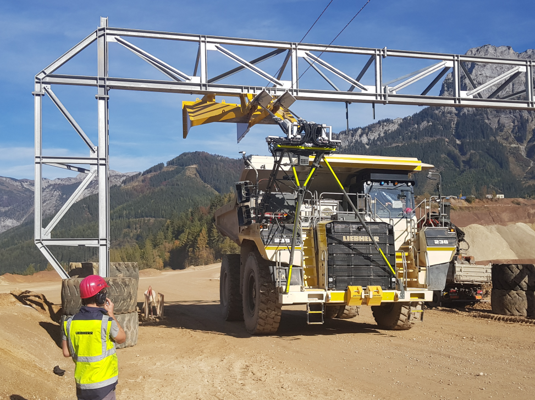 The Erzberg is the largest mine in Austria and the largest hard rock mine in Central Europe. Due to the geological conditions, mining will have to be deeper in the future, which will lengthen the transport routes and increase the transport heights. For this purpose, the construction of an overhead line system for electrically powered heavy trucks was being built along the main conveyor ramps.

In a first project, a test track over 600 meters was implemented. In another project, three more sections with a total length of 5.0 kilometers were built. For the first time, the simultaneous use of up to six vehicles is possible.

The work for the conveyor line to be electrified includes the creation of the foundations for the catenary masts and portals, the positioning of the masts and the assembly of the portals including the entrance funnel, boom assembly, laying chains and pulling feeder cables, optical fibers and 10 kV cables.

In another follow-up project, the underground construction line was also equipped with an overhead line system. The construction of the plant was completed in autumn 2021.