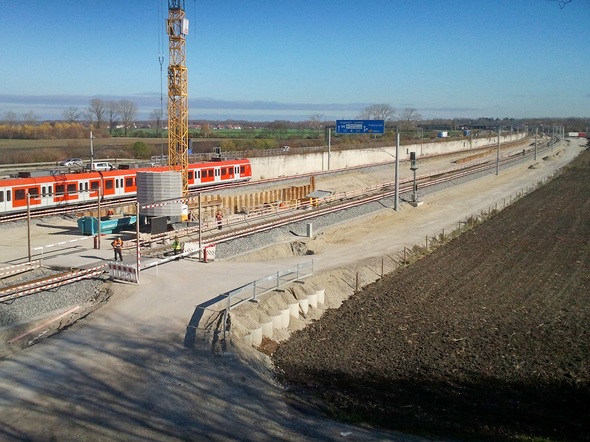 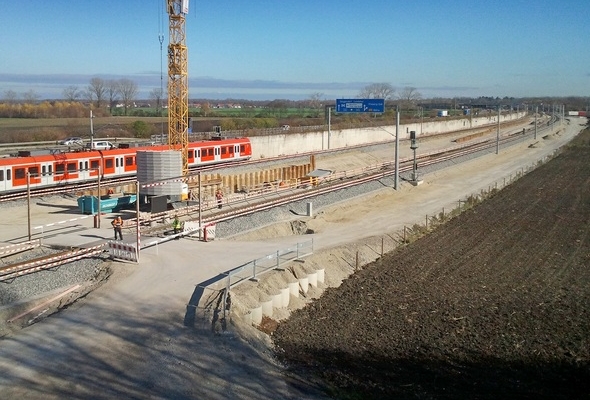 The project ‘Erding Ring Closure (Erdinger Ringschluss) - Improving the Rail Connection to Munich Airport’ was aiming for improving the rail connection of the Munich Airport and for connecting the airport not only with suburban trains (S-Bahn) but also regional railways. Trains from North-East Bavaria and South-East Bavaria then have a direct connection to the Munich Airport and the frequency of suburban trains from and to Munich is higher. The restructure of the Neufahrn North Curve is of vital importance for these improvements. With the construction of this new electrified double-track line (track no. 5559) the lines no. 5500 (Munich – Regensburg) and no. 5557 (Neufahrn- Munich Airport) were connected via the two new junctions Neufahrn North and Neufahrn East. The Neufahrn North Curve was extracted from the existing tracks on the same level. The Neufahrn North Curve will then carry trains from Landshut/Freising to the airport and, after completion of the entire Erding Ring Closure project, further to Erding and back.